On 25-26 June 2015, experts, technicians researchers, business people, intermediaries and politicy makers got together at the LT-Innovate Summit in Brussels to discuss and explore how language technologies can make the Digital Single Market multilingual. 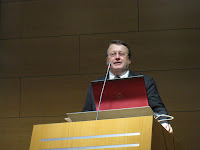 
The first keynote by Austrian MEP Paul Rübig set the scene: "Language technologies represent a substantial economic power, they are set to grow dramatically, and thus, represent a great asset for Europe!". While languages are a representation of Europe's cultural heritage, they represent also an obstacle to cross-border trade. Paul Rübig emphasized that Europe's target should be to "remove language barriers as well as leverage on language diversity in order to support intra-European commerce and foster international trade. But this requires deep integration of language technologies in business processes and the public administration services. Therefore, the LT component must be part of the Digital Single Market". 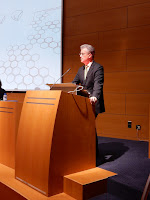 
The second high-level speaker was Director-General of DG CONNECT of the European Commission, Robert Madelin, who will become Special Adviser on Innovation to President Juncker as of 1 September 2015. He pointed out that the "ability for all Europeans to get what they need in the language of their choice is a requirement of the 21th century". He emphasized that LT-Innovate had contributed to clarifying the vision, which now needs to be implement practically and concluded: "the European cloud has to include an answer to the challenge of languages. Multilingualism is a necessity for Europe!". 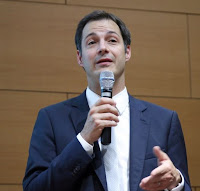 
The final keynote speaker of the event conquered the audience with a truly inspiring speech: Belgian Federal Vice Prime Minister and Minister for Development Cooperation, the Digital Agenda, Telecommunications and Post, Alexander de Croo. He described the current digital landscape with all its opportunities but also issued some warnings: "Digital is one of the strongest democratic forces in the world. The biggest opportunities are in the traditional industries, here digital can make the big difference. Digital is a driving industry; language technology is empowering it to go global. [...] At some stage everything will be connected - language technology will empower people to understand". When it comes to the people, his message is clear: "Give more attention to people! Engage the European community in the creation of our digital future! We need to give more importance to eSkills, the educational system needs flexibility and innovation. I don't want an Einstein economy!" And he continued with another issue that was also raised at the LTO dialogue workshop on language resources: Trust! "We need trust. Give us more trust please in Europe and for Europeans. If you let people get on with it, people will do good things. Give it a try". And he ended with a hint towards the EU policy: "Thinking behind the single market is futile if we do not get rid of mobile roaming! Breaking up platforms is no solution! Creating the Digital Single Market will empower our own platforms."

mm
margaretha mazura is Director of EMF Services, a consultancy in Brussels. She specializes in business models and funding opportunities for ICT projects. On a more "esoteric" level, she specialises in the history of fans (éventails, Fächer) and has an internationally recognized collection of fans. And if some time is left, she writes about them or acts as curator for fan exhibitions.